Hey gang! Sorry it’s been a handful of weeks since the last update. We were not happy to see Shuga go home this week. Can you believe they let that happen? Everyone on Shuga’s team should have been safe. Oy vey. 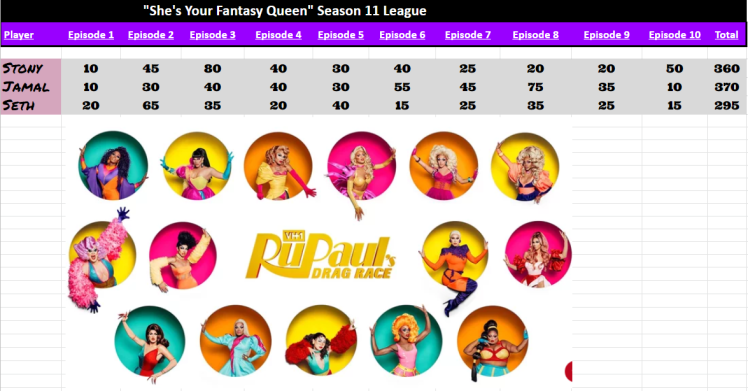 Tune into the latest episode of Thanks for Coming Podcast to get our feelings on Shuga going home and more.

Published by Thanks for Coming! A RuPaul's Drag Race Podcast

Jamal and Seth met in 2005 as members of the Indiana University Marching Hundred. Seth played Clarinet and Jamal played trumpet. They became fast friends and still share great mutual friends over thirteen years later. Stony and Jamal met at IU as well, sharing mutual, non-band friends, and began dating in 2011. Eventually the two would become married in May of 2014. Stony came into the circle as a result and the rest is herstory! Thanks for Coming Podcast originally started as a RuPaul’s Drag Race recap show, airing once a week and spilling all the tea on the latest drag drama. After RuPaul’s Drag Race All Stars 3 and season 10 aired, the show morphed into a queer culture podcast; covering all kinds of fun topics in pop culture and queer life. January 2019 will mark the first birthday of the show and the guys couldn’t be more excited. Not only do they get to share their commentary on RuPaul’s Drag Race and queer life, but it’s also a great way for friends to chat and catch up once a week. Thanks for Coming, America! View more posts